Local mum in knock out fundraiser

It’s all gloves and gum shields for brave Danielle Mckinney as she prepares to step into the ring as part of a charity boxing match to honour her premature daughters who fought for their lives.

The Salford mum will be making her white collar boxing debut at Bowlers Exhibition Centre, Manchester on Saturday 1 October to raise money for two causes close to her heart.

It was around two years ago that Danielle was induced at just 24 weeks in order to give birth to two very premature girls. The first twin, Nancie, made it but not without complications. Sadly Lillie who followed next was too small to survive.

Little Nancie had two holes in her heart, two bleeds in the brain, chronic lung disease and an eye disease. This meant that she spent the first four months of her life being treated at the Newborn Intensive Care Unit (NICU) at Central Manchester University Hospital.

Thankfully, Danielle and her partner Stephen were given a place to stay at Ronald McDonald House Manchester – one of 14 Houses across the UK which provides free ‘home away from home’ accommodation to families with children in hospital – for the whole duration.

Speaking about her fundraiser, Danielle says: “One of our daughters didn’t get the chance to fight and our other daughter fought for four months so fighting in their honour for six minutes will be nothing in comparison. This will be a huge challenge as I have never done anything like this before but I’m looking forward to raising as much money as possible for Ronald McDonald House Charities and NICU.

“Even though we don’t live miles away from the hospital, Nancie was in such a critical condition that it would have been very difficult to leave her side. We were sleeping in the waiting room when a nurse suggested trying for free accommodation at the Ronald McDonald House. Thanks to the Charity, we were able to live right next door to the hospital so if there were any problems we were just seconds away.

“It really is a ‘home away from home’ for families going through heartache and we are eternally grateful to have the respite to shower, cook and sleep away from the ward.”

Danielle has raised just over £1,000 for Ronald McDonald House Manchester and the NICU to date.

Lillie is of course still a big part of Danielle’s and Stephen’s life and the family keep her memory alive with a number of thoughtful dedications to her, including a tree in their back garden and a star named after her.

To find out more about Ronald McDonald House Charities and how to support the charity directly visit www.rmhc.org.uk

1. Interviews with Danielle are available by request using the contact numbers above.

2. Ronald McDonald House Manchester is run by Ronald McDonald House Charities – an independent charity that provides free ‘home away from home’ accommodation at hospitals across the UK. The Charity enables seriously ill children to have their families close by when they are undergoing treatment and allows them to maintain a degree of normal family life.

Ronald McDonald House Charities relies on the generosity of supporters and fundraisers, including McDonald’s customers, without whom it would be unable to continue its work.

The Charity was founded in 1989 and has been keeping families together for more than 25 years. 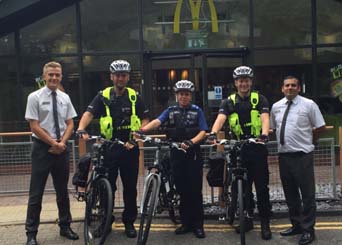 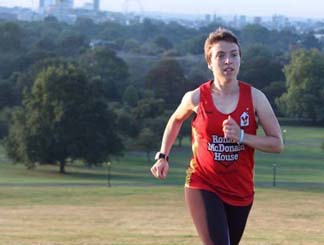 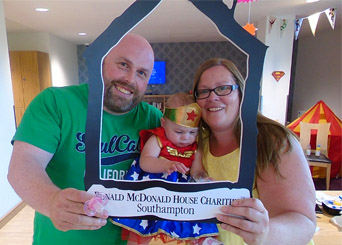