In December 2013, our then seven-month-old daughter Beatrice was suddenly taken very ill. My wife Gemma took her to Warwick Hospital and from there she was rushed to Birmingham Children’s Hospital. She went downhill fast, but the problem, an intussusception (where the gut telescopes in on itself creating a blockage), was quickly diagnosed and treated.

Beatrice had to undergo surgery and we spent five long days at the hospital until she was discharged. On the first night we travelled home to Cheltenham but it was awful being so far away. The following nights, we were fortunate to be able to stay at Ronald McDonald House Birmingham, just a stone’s throw from the hospital. The staff were welcoming, friendly and given the varying circumstances of their ‘guests’, thoughtful and compassionate.

The fact that we were able to save money on travel and accommodation, but more importantly able to stay by Beatrice’s bedside then simply walk a few minutes back to the House, took away so much of the stress. The facilities were fantastic and it really helped to know that we didn’t have far to go after a day spent in the hospital. There were families who had been there for a lot longer than us, but no matter how short or long your stay, the fact remains the same: these Houses are invaluable and go largely unnoticed.

The following year, I decided that I would run the Cheltenham half marathon and raise money as a way of saying thanks to everyone who helped us that week. I completed my first in 2014, and have run every year since. This year, I wanted to raise money for Ronald McDonald House Charities to support the wonderful work the Charity does, and in doing so, raise awareness of the cause. With the support of our family and friends and the Hospital Staff, Ronald McDonald House Birmingham helped us through a difficult time. Whatever gratitude I can show, I will.

Beatrice made a full recovery and is a picture of health, loving life like any three-and-a-bit year old does. I find running for a cause always helps spur me on, and the thought that any donations and awareness I raise could help such a brilliant charity makes it all the more worthwhile.

26/09/2017Preemie Baby Book: Leanne’s Story A mother from Greater Manchester has created one of the UK’s very first baby record books for the parents of premature babies. Leanne Sawyer, who lives in Gee Cross with… Full story 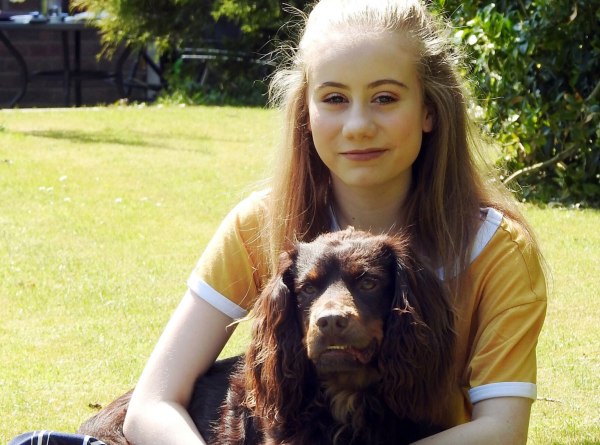 26/09/2017Manchester Bombing: Freya’s Story Freya Lewis’ world was turned upside down when on 22 May 2017, she attended the Ariana Grande concert with her best friend, Nell Jones. The two girls were both 14… Full story
We use cookies to make improvements to our site and advertising. If you continue to use this website, you are indicating you’re happy for cookies to be used as described. For information about our use of cookies, how to disable them and your rights around the information collected visit: Privacy Policy page