Mariona was miles from home, and her husband, when she discovered she was pregnant. The next 48 hours that followed completely changed her life around.

Our little Maria was born very premature, two and a half months before her expected due date and weighing only 873g. The circumstances that led to her birth make her story quite extraordinary from the beginning.

I should explain first of all that I’m not originally from Manchester. I am 42-years old from Catalonia, Spain. I decided to move to Manchester, miles from home, for career progression purposes, leaving behind my husband and family, flying back home once or twice per month over the weekends to visit relatives and friends. Having children had never been my priority, however, it was a thrilling surprise when I had a positive pregnancy test!

I was convinced that I was one and a half months pregnant, but I could not have imagined what was about to happen. I was sent to St Mary’s Hospital for my first scan. The scan revealed that I was actually 24-weeks, much beyond what I imagined. Around five minutes after this scan and with no time to recover from my initial shock, a cord prolapse precipitated everything. While still being in maternity triage I underwent two clinical emergencies in less than one hour. I was on my own and freaking out, 2000km from my husband. 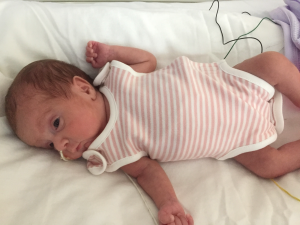 Maria was miraculously born and immediately transferred to the Neonatal Intensive Care Unit. We were told that she would probably need to stay in until her due date or longer, whereas I would be discharged in a few days. Fortunately, the Neonatal Intensive Care Unit staff informed us that as parents, having a child in the hospital meant we were able to be referred for a room in the Ronald McDonald House Manchester.

In total Maria spent 81 days in the Neonatal Intensive Care Unit, and despite all the dangers premature babies are exposed to, her unexpected arrival resulted in “no major complications”. However, she needed to undergo a series of common interventions such as blood transfusions, oxygen support, and an eye check for retinopathy, among others.

Every day was a rollercoaster with lots of uncertainties accompanied by tears and fears. Eventually, we found our way to deal with this terrible situation; we invested all our efforts in being by her side, holding her, having lots of cuddles and skin to skin. It is incredible how premature babies stabilise their heart rate and respiration parameters when they notice parents contact. 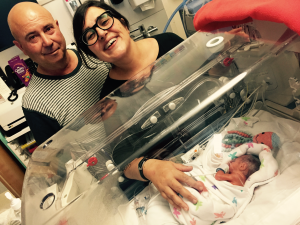 Having a nice room just a two-minute walk from Maria’s incubator was very comforting. We could be involved in her care throughout the whole day, staying by her side as much time as we could and concentrate on taking her home. It was essential to stay together as a family in such a stressful period.

In short, the Ronald McDonald House Manchester provided the comfort and peace of mind to overcome all challenges we went through. The staff were always so mindful and helpful, not only in all practicalities but they also provided a lot of moral support. Conversations with them were always encouraging and supportive. It was also very nice to share experiences with other parents in the Manchester House, it makes us realise that we were not alone.

The House will be always in our hearts. This charity plays a pivotal role in keeping families together while their children are in hospital. Because all children deserve the best in the world. 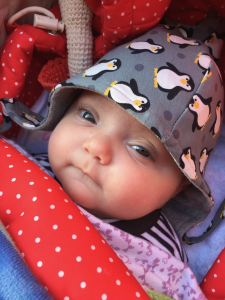